…but probably in not the way you think. Hedy Lamarr may have been an icon of the silver screen but I’ll confess to have only ever seeing a couple of her movies.

So why do I love her?

As well as being a sultry siren during Hollywood’s Golden Age, Heddy Lamarr was also the inventor of the earliest form of spread spectrum communications which forms the basis of many technologies we take very much for granted today such as Bluetooth & WiFi.

“All creative people want to do the unexpected.”
– Hedy Lamarr

I won’t go into the her remarkable (and not very well publicised) story in this post but if you’d like to find out more read this post on Quora.  Instead, I’d like to focus a little on the technology she made possible, and in particular two very inexpensive Bluetooth devices that I use on a daily basis.  Both products are not particularly new – but I get so much value from them I wanted to share them with you. 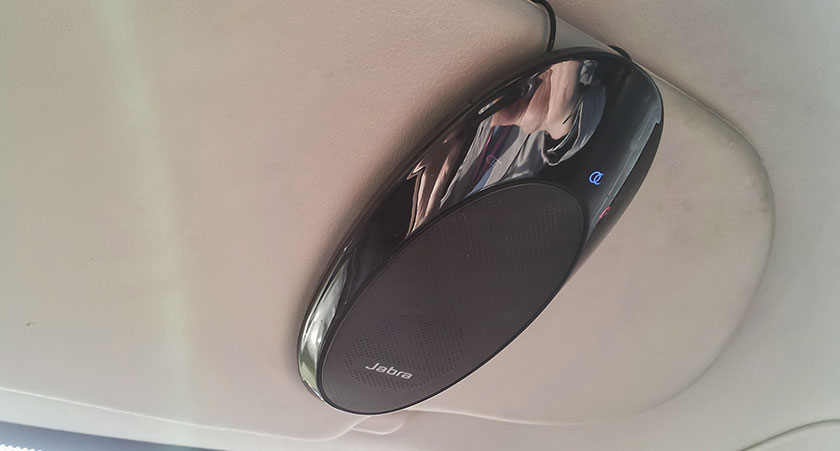 This is possibly one of the best Christmas presents I’ve ever received (even though I asked for it). On average I spend 2 hours a day commuting into York and my car isn’t particularly new so doesn’t have the luxury of an aux port to plug in my phone so that I can listen to my music. Neither does it have any form of hands-free kit for calls.  So after a bit of research I decided that I needed a product that would help me fill both of these gaps – and stumbled across the Jabra SP700.

I’ll be honest, I was very sceptical about the FM transmitter side of things having tried out a couple in the past which were completely unusable in terms of audio quality, but my fears were soon allayed when I tried out the Jabra – the audio was incredible.

Taking calls was also pretty impressive too – hearing my Wife coming through the car stereo speakers was brilliant. I will confess though that I don’t often take many calls using it (preferring to stay safe) but it really does annoy me when I see people (usually) driving expensive cars and flouting the law as well as the safety of others by continuing to hold their phones to their ears.  These people don’t even need to go to the expense of having a hands-free phone kit put into their car – for under £30 they could have almost the same sort of functionality for a fraction of the cost.  However I digress.

Initially I thought I’d be spending my commuting hours listening to my highly eclectic music collection, but I soon moved onto Audio Books which were a real revelation.  Over the course of the last couple of years I think I’ve ‘read’ just about every audio book available for Ray Bradbury, Arthur Conan Doyle, Neil Gaiman, Philip K Dick & George R R Martin (Yes, I got through all of the Game of Thrones audio books so far – which were brilliant).

More recently though I’ve rediscovered podcasts and these have become invaluable as a resource for my work as well a great source of ideas and inspiration.  I listen to at least 5 podcasts religiously and will probably pick up others as soon as I run out of old episodes to download.  So just in case you’re interested, my 2 current favourite podcasts are:

I would highly recommend subscribing to both if you’re in any way interested in the worlds of UX & Social Media.

I recently recommended the Jabra to a colleague of mine (Jigar Savla) and gave him a demo – he was so impressed he went onto Amazon to get the most recent version of the speakerphone which is the Jabra Cruiser 2 and from latest reports he’s very happy with it. 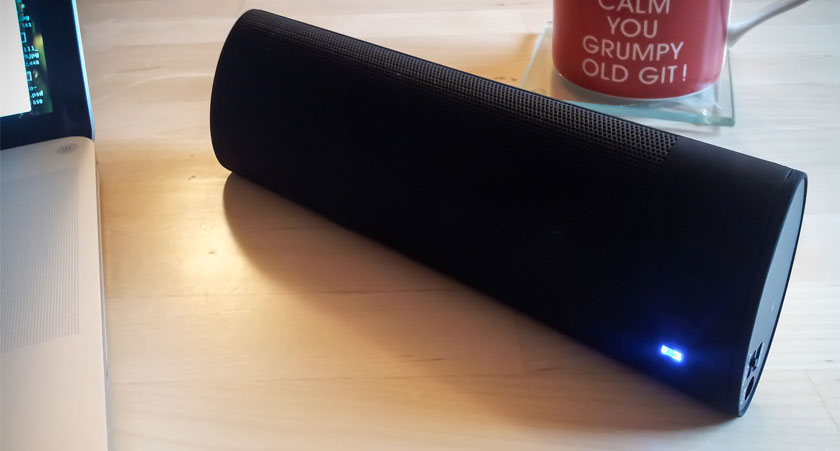 Coming up to Christmas you’ll have probably seen an abundance of ‘Bluetooth Speakers’ being advertised, including the likes of the ‘Beats Pill’.  What never ceases to amaze me though is the amount of markup on these gadgets (For example, the Beats Pill retails at around £170).  I bought the Kitsound Boombar back in February of this year for £30 and the sound quality from this tiny device is quite breathtaking.

The build quality for the price is lovely too and it comes with a case and cables (in case you just want to plug it in to an aux port).  Apart from the great sound quality though is the fantastic battery life, along with the Jabra I can go a week on a single charge (although it doesn’t get continuous use).  So confident was I about the capability of this little device we even used it for the music for the Twins 2nd Birthday party in a church hall – trust me, the Bob The Builder theme tune sounded fantastic.

I hope you’ve found this product gadget focussed post moderately interesting, but whatever Bluetooth (or even WiFi) enabled devices you use, just give a thought to Hedy Lamarr who made it all possible.

Want quality web design links in your inbox every week? Enter your email below.