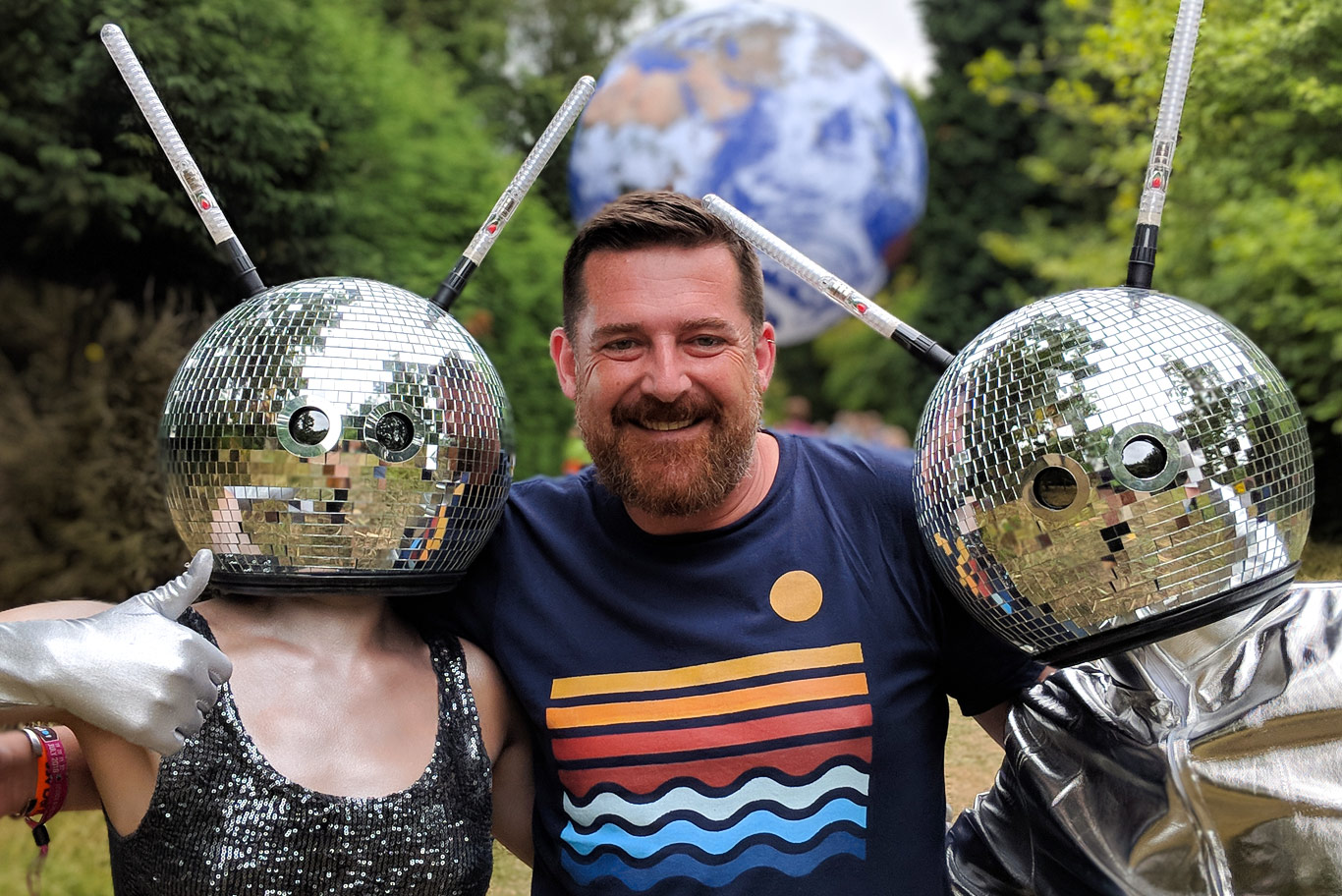 Hi, I’m Daryl. I’m a UX/Web Designer from sunny Hebden Bridge, West Yorkshire. I’m fundamentally a problem solver, a technology tinkerer and I’m passionate about creating better web experiences for all, one pixel at a time.

I’m fortunate enough to be able to work in a field that already incorporates many of my passions (UX, Design, Typography, Iconography) but in my spare time, I’m a keen Photographer, using both Digital and Film. Like most people, I also love watching movies, you can see my Letterboxd profile here to see the sort of films I enjoy.

A strategic thinker, I enjoy solving problems using a variety of solutions and I continuously seek out new methodologies and approaches.

As of writing this, I currently hold 20 years of employment history within Design across a wide range of industries including Online Learning, the Heritage sector, FMCG Ecommerce, Financial Services and Financial Software.

I’ve been working in Web/Interactive roles since graduating in 2001 from the University of Bradford with a BSc in Electronic Imaging & Media Communications (First Class). The course title is a bit of a mouthful but essentially it was a combined arts & science degree covering aspects of TV/Video/Music Production, Photography, Graphic & Web design, 3D animation, Film Studies, and Marketing.

My first web role was with BBC Worldwide interactive Learning in Milton Keynes where I cut my teeth working on bespoke micro-sites for the Open Universities’ TV output at the time (We’re talking table-based websites here). I also worked on some large scale Flash interactive sites for the OU as well as NCSL (The National College for School Leadership).

After two very successful years, I returned home to Yorkshire to try my hand as a freelance Web Designer. Unfortunately back then, freelancing was trickier than I had imagined and although I’d worked with some great clients I decided to accept a role at Continuum in York as their sole Interactive Designer. This was a very interesting time for me as the work was wide and varied, as well as website design I also designed touchscreen interactive kiosks for museums and attractions such as The Deep and Oxford Castle, long before touchscreen technology became as ubiquitous as it is today.

When the Continuum role came to an end (due to looming redundancy) I decided to jump ship and work for the much closer to home Ebuyer.com as their Senior Web Designer. Moving from the ‘Heritage sector’ to the much faster-paced world on FMCG was a real eye-opener for me and I worked with a very talented bunch of designers and developers. Although very little remains of what I did during my Ebuyer days (as is the transitory nature of the web) I’m still immensely proud of the work I did there.

Following my time at Ebuyer I took on the role of Group Ecommerce Design Manager & UX Design Lead for CPP Group Plc in York. My work at CPP was very much focussed on creating the most engaging experiences possible through its digital channels, whether that was via a mobile device, desktop or through the ever-increasing number of social media channels.

From 2014 to 2020, I worked as a Senior UX Designer for IBM in York working on their Planning Analytics offering and leading a team of incredibly talented designers in Canada and the US. Due to a IBM’s lack of growth the company decided to down-size on a large scale which meant that unfortunately the role became redundant in August 2020 as they moved the entire Planning Analytics operation to Canada.

In September 2020 I accepted a Senior UX Designer role at Greensill Capital, working predominantly on their in-house Verdi platform as well as the design lead for Greensill’s Design System which went into Beta at the end of February.

Unfortunately, due to the well-documented demise of Greensill Capital, I found myself redundant for a second time since the beginning of the Covid lockdown. Fortunately the UX/Product Design job market was still quite buoyant at that time, so I spent a little bit more time researching the companies and roles, and started a new (and very exciting) role as Senior UX Designer at CrowdStrike in May.

My Portfolio can be viewed here.

Want quality web design links in your inbox every week? Enter your email below.